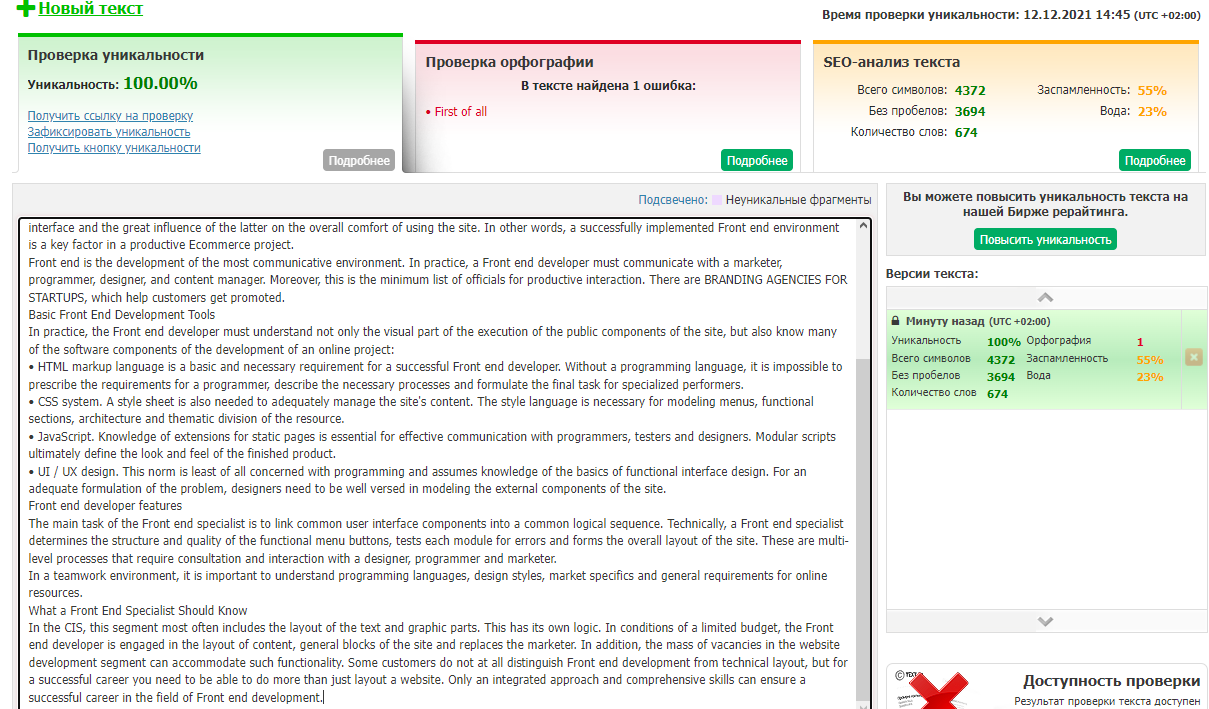 The term “front end” can often be found in job descriptions, technical assignments for website development, or writing specifications for web applications. The modern market for tools for creating online resources is rapidly changing. Coupled with the increasing requirements for websites: data collection and processing, forecasting consumer preferences, process automation and much more, the architecture of needs is growing, which has firmly established the need for Front end development. Our frontend development company presents an article from which you can learn more about it.

What does Front end development involve?

Front end segment includes development, modernization and testing of the public part of the site. First of all, this is the user interface and related applications. Front end development is based on improving the components of the site that are most involved: menus, functional interface components, purchase, booking and processing of user requests. This segment requires thorough and complex testing no less than any other code component.

The public components of the site are most often subject to editorial changes. This is due to the huge number of variations in the design of the user interface and the great influence of the latter on the overall comfort of using the site. In other words, a successfully implemented Front end environment is a key factor in a productive Ecommerce project.

Front end is the development of the most communicative environment. In practice, a Front end developer must communicate with a marketer, programmer, designer, and content manager. Moreover, this is the minimum list of officials for productive interaction. There are branding agencies for startups, which help customers get promoted.

In practice, the Front end developer must understand not only the visual part of the execution of the public components of the site, but also know many of the software components of the development of an online project:

• HTML markup language is a basic and necessary requirement for a successful Front end developer. Without a programming language, it is impossible to prescribe the requirements for a programmer, describe the necessary processes and formulate the final task for specialized performers.

• CSS system. A style sheet is also needed to adequately manage the site’s content. The style language is necessary for modeling menus, functional sections, architecture and thematic division of the resource.

• JavaScript. Knowledge of extensions for static pages is essential for effective communication with programmers, testers and designers. Modular scripts ultimately define the look and feel of the finished product.

• UI / UX design. This norm is least of all concerned with programming and assumes knowledge of the basics of functional interface design. For an adequate formulation of the problem, designers need to be well versed in modeling the external components of the site.

The main task of the Front end specialist is to link common user interface components into a common logical sequence. Technically, a Front end specialist determines the structure and quality of the functional menu buttons, tests each module for errors and forms the overall layout of the site. These are multi-level processes that require consultation and interaction with a designer, programmer and marketer.

In a teamwork environment, it is important to understand programming languages, design styles, market specifics and general requirements for online resources.

What a front end specialist should know

In the CIS, this segment most often includes the layout of the text and graphic parts. This has its own logic. In conditions of a limited budget, the Front end developer is engaged in the layout of content, general blocks of the site and replaces the marketer. In addition, the mass of vacancies in the website development segment can accommodate such functionality. Some customers do not at all distinguish Front end development from technical layout, but for a successful career you need to be able to do more than just layout a website. Only an integrated approach and comprehensive skills can ensure a successful career in the field of Front end development.