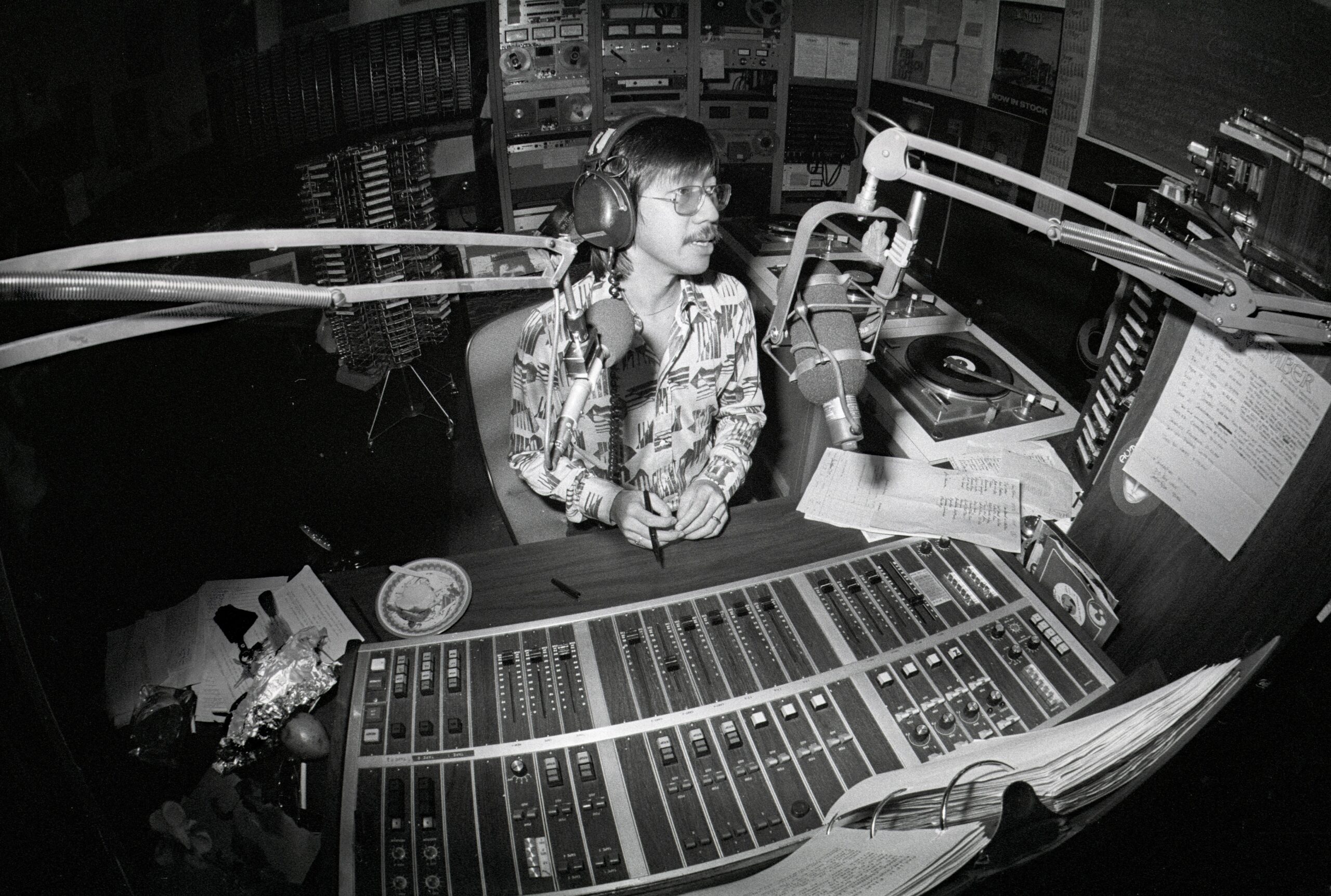 “Like a Rolling Stone: The Life & Times of Ben Fong-Torres” will screen at the 2021 Tribeca Film Festival, which will take place June 9-20.

W&H: Please describe the movie for us in your own words.

SJK: From peeling pea pods at your immigrant parents’ struggling Oakland Chinatown restaurant to becoming an influential pioneer of American culture, a Chinese-American kid with an unlikely dream, a wicked sense of humor, and just a radio to the outside world helped define the voice of a generation. Ben was caught between two worlds, the American-born son of hardworking Chinese immigrants with fake “Torres” IDs, and the fascinating world of rock ‘n’ roll.

“Like a Rolling Stone” is a documentary portrait of journalist, broadcaster and author Ben Fong-Torres, the original editor in charge of music coverage for Rolling Stone magazine. Fong-Torres’ writing and editorial direction at the tough little San Francisco startup with barely room for four desks helped fuel its meteoric rise into popular culture.

Ben was not “one of many” music editors, he was “one of one”: the editor in charge of all music coverage during Rolling Stone’s first decade of formation. His writing and editorial direction helped fuel the magazine’s meteoric rise into popular culture.

Ben, 23, brought many talents to the fledgling publication. An unusual combination, he was a talented editor and writer. A leader with a quick wit and sense of humor, and a mentor who inspired his writers, he was a role model for many. He wrote the iconic cover stories that helped establish Rolling Stone. His legendary cover stories and astute editorial leadership within the magazine made him the unspoken hero of the era of “sex, drugs, and rock and roll,” when music meant more than entertainment.

W&H: What attracted you to this story?

SJK: Originally, I was drawn to that great period of rock and roll in the 60s and early 70s when music meant more than just a song. I was touched that Ben Fong-Torres was covering this incredible moment of change in our society as the legendary writer for Rolling Stone magazine and its first music editor.

I got an even more amazing story when I took a deep dive into researching Ben’s life growing up in his working immigrant family and interviewing the Rolling Stone staff who worked alongside him when he was a small startup post! Everything continued to unfold as I did these interviews and I got to know Ben better.

W&H: What do you want people to think about after watching the movie?

SJK: “Like a Rolling Stone: The Life and Times of Ben Fong-Torres” is truly a multi-layered film. I want audiences to embark on this journey with this man whom many knew by name, but few knew more about his life. His work and influence in that great time of change in the 60s and 70s, as he was one of the forces that was deeply involved in shaping that time period with his journalism and as a music editor at the legendary startup magazine Rolling Stone. it is amazing and historical.

At the same time, Ben’s culture and his family were very important to him then and even now. His Asian Americanity, specifically his Chinese-American ethnicity, remains important in his life. One of the most surprising ideas is how contemporary this movie feels today.

I hope that perhaps this film about his life and work will inspire a new generation of writers and editors to make their voices known.

W&H: What was the biggest challenge in making the film?

SJK: The biggest challenge was finding out that much of Ben’s life story is not in the mainstream, and only a few “insiders” knew about it. Fortunately, I started this project over ten years ago and was able to interview many of these sources early on and have continued to compile most of these great stories and interviews over the years.

There is so much about this great man that needed to be shared. I was very grateful that he was generous and generous.

W&H: How did you get funding for your film? Share some ideas about how the movie was made.

SJK: Financing movies is always difficult. Basically, I started by self-financing this project, then I started receiving grants from film organizations, including Women in Film and others. Throughout the 10 years that I made this film, I was able to attract executive producers like XTR and the Enlight Foundation, who shared my vision of telling the story of this incredible anonymous hero.

The good thing is that Ben Fong-Torres is alive now and can see the movie. He will join us at the world premiere of the Tribeca Film Festival.

W&H: What inspired you to become a filmmaker?

SJK: I’ve always been a “storyteller” as a television news reporter in San Francisco. I started getting longer pieces on KRON TV (NBC), where I worked as a staff broadcast news reporter. It was that process of creating a story and the opportunity to share with many people that kept me making movies.

My short films and news have continued to drive me to be a filmmaker. And now with this feature film, which will take 10 years to complete, it certainly gives me energy. Being able to share the Ben Fong-Torres story with the world and have everyone experience his story keeps me going.

W&H: What’s the best and worst advice you’ve ever received?

SJK: I called my uncle, who was a judge, on the first day of law school to ask for his opinion on taking me out of law school to continue working in the media in San Francisco. I had just graduated from college and throughout college I worked as an audio editor at CBS radio station in San Francisco. I will never forget that he did not hesitate one bit and said to go into industries where there were no women. The dean of the law school gave me leave of absence and I returned to San Francisco to continue working in the media. Then I had the opportunity to work on television in front of the camera.

Christopher Chow was hired at KPIX (CBS), I was hired at KRON TV (NBC), and David Louie, who is still broadcasting today, was hired at KGO TV (ABC). We were the first three Asian American faces to appear on camera on our television stations in San Francisco. Before this, television station managers were afraid to hire Asian faces on camera because they were concerned that the public might change channels. They did not change those channels and that unleashed a trend that quickly spread nationwide.

The worst advice I’ve ever received was to wait until I first develop an interest in something before pursuing that interest. Not! I feel like it’s better to go out and explore. Only then can you decide if something works for you.

W&H: What advice would you give other female directors?

SJK: I highly recommend that all directors learn as much about filmmaking as possible as they go along and get started. I was lucky enough to participate in some great movie shows while filming my documentary. Education, knowledge and skill development are essential. And you have to keep pushing and be persistent in your vision. Do not stop.

W&H: How are you adjusting to life during the COVID-19 pandemic? Are you still creative and, if so, how?

SJK: That’s the question! Surprisingly yes, we managed to get through this crazy time. We are still adjusting and had to tour many times over the last year and a half. Our last major shoot was backstage with Ben Fong-Torres meeting Sir Elton John at his concert. This was just before the pandemic hit. And now, our team continues to work well together, even virtually. Everything has changed, but we are turning it on and doing it. Staying focused on the movie has kept me on point and given me even more creative energy.

W&H: The film industry has a long history of underrepresentation of people of color on screen and behind the scenes and of reinforcing and creating negative stereotypes. What actions do you think should be taken to make Hollywood and / or the world of documentation more inclusive?

SJK: Yes, the movie industry still has that story. Yet where we are now, we know that we as people of color should tell our stories and not wait for someone else to tell them. We have to stand up and take charge of our own stories from our communities.

With everything changing rapidly, and hopefully studios and broadcasters are finally understanding this time frame, people like me, a strong Asian American director, will be able to keep telling stories and creating more.

Also, now more than ever, there are many BIPOC filmmakers in the talent pool. So the industry can no longer say we don’t have the talent. We have to keep creating our art and counting our stories of our lens.

5 MMA stars who were street fighters

A Colorado couple’s newborn baby required dozens of stitches after his face was cut during a failed cesarean.