Home SPORTS The women's team of Spain will replace 15 players who threaten to...
SPORTS 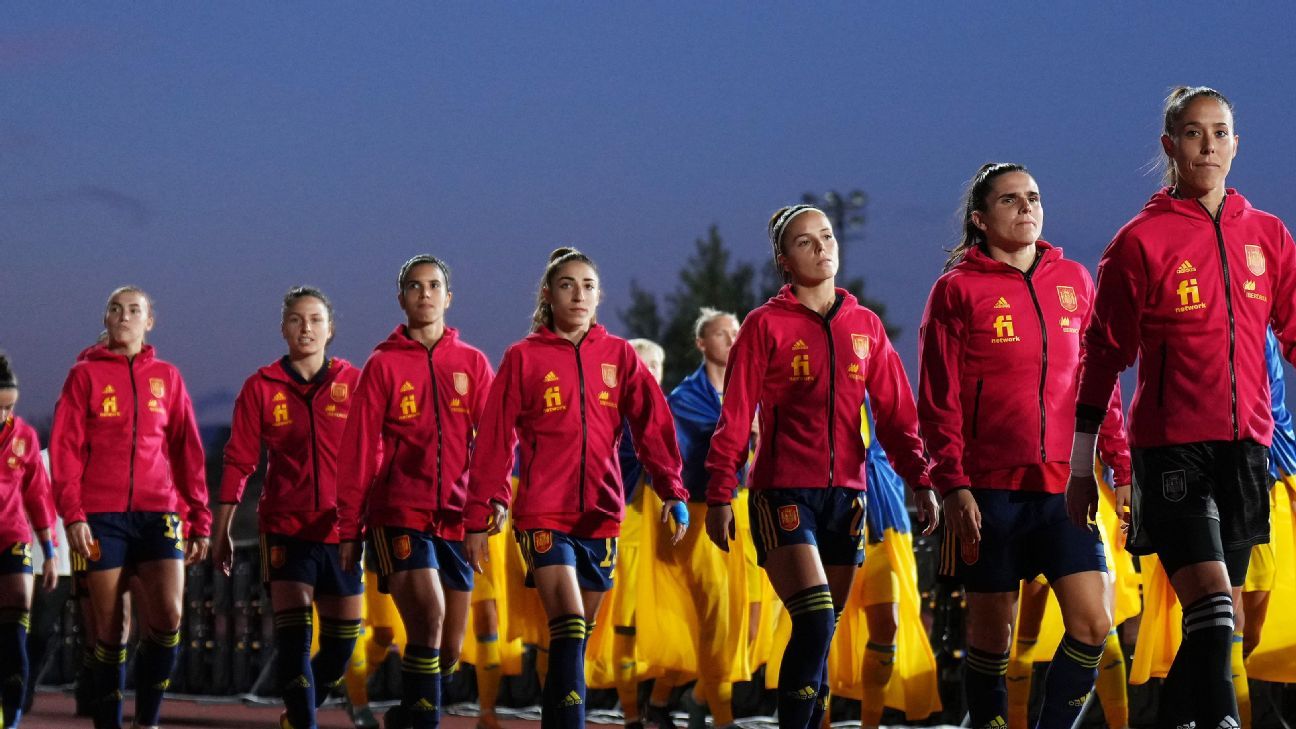 A statement signed by the restless players and sent this Thursday by email to the Spanish Football Federation (RFEF) said that they “resigned” from the national team because the situation was strongly affecting their health and mood.

The players have not expressed specific reasons for their demand that Vilda be replaced, nor have they explicitly asked for her to leave. According to sources close to the situation, the players are unhappy with the management of injuries, the atmosphere in the locker room, the selection of Vilda’s team and their training.

The list of players includes the third captain of the team, Patri Guijarro; goalkeeper Sandra Panos and midfielder Aitana Bonmati. Ballon d’Or winner Alexia Putellas is not among the players who signed the statement.

The email said: “The general situation of the Spanish team generated by the latest events, events that [the federation] is aware, it is greatly affecting my emotional state and therefore my health”.

“Because of this, I currently do not consider myself available for our national team and therefore I ask not to be called up until this situation changes.”

The email adds the player’s “total commitment to the team in the past, present and future.”

The RFEF said that it will not give in to the pressure of any player in sports matters and described his performance as “far from being exemplary and outside the values ​​of football and sport.”

“If we have to play with younger and less experienced players, we will do it because the national team is above everything,” Álvarez said. “This is very, very serious and has never happened before, so it’s unexpected.”

Álvarez said that Vilda, who has been in charge since 2015 and has a contract until 2024, has the full support of the federation.

“Jorge Vilda is like everyone else,” he said. “I spoke with him. This situation is not pleasant.

While she said she does not question the emotional distress of the players, Álvarez said there have been no reports of verbal or sexist abuse similar to what former players have brought against Vilda’s predecessor, Ignacio Quereda, whom Vilda replaced in 2015.

Despite the fact that the three captains of the national team, Irene Paredes, Jenni Hermoso and Guijarro, denied last month that they had asked for Vilda’s resignation, tension has been growing between the Spanish players and their coach.

“They [players] They have decided to take this firm step,” Álvarez said. “It is his decision and it has been noted. If they don’t want to come and they’re not engaged right now, that’s the way it is. We are not going to question how the players feel. They have already said it very clearly through a statement.”

The Spanish soccer federation has said the players will not be allowed to return until they “ask for forgiveness”.

Rapinoe said in an Instagram post.: “You have a 16th place with you in the United States. So many players together like this is so powerful. We should all listen.”

The Spanish government, for its part, hopes that the situation will be resolved.

Spain’s Sports Council already had to mediate earlier this month after female referees went on strike to demand better conditions in what was the first season of a fully professional women’s league in Spain.

The president of the council, José Manuel Franco, who described as “shameful” the threat of resignation of the players, The Spanish radio program COPE said: “Spanish women’s football was acquiring vital and unique importance in Europe.

“We cannot afford this type of situation. Representing your country in any sport is the best any Spaniard can aspire to”.

Spain have two friends on the way, first against Sweden on October 1. 7 and the United States four days later.

Vilda guided Spain to the Euro 2022 quarter-finals before losing in extra time to eventual winners England.

Information from the Associated Press contributed to this report.

Expecting more employees to call in sick with COVID-19, JetBlue preemptively canceled flights and requested more hours from those in its workforce who aren't...
Read more

The wearable devices are being rolled out to East Metropolitan Health emergency departments, beginning with the rollout at Armadale Hospital. The deployment of the technology...
Read more