Home ENTERTAINMENT 'The House of the Dragon': Explained the history of Targaryen incest
ENTERTAINMENT

‘The House of the Dragon’: Explained the history of Targaryen incest 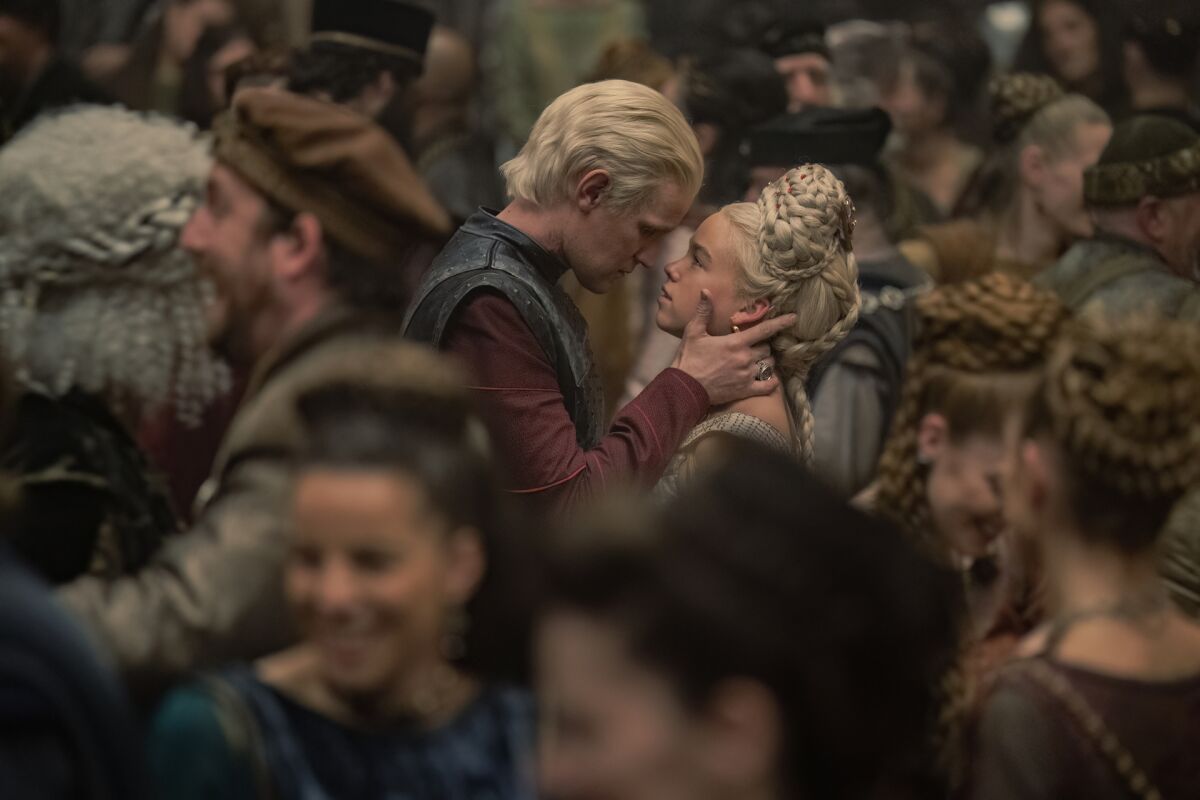 This story contains spoilers for “House of the Dragon”, Episode 7 “Driftmark”.

The long-teased romance in “House of the Dragon” is finally official.

The seventh episode of HBO’s “Game of Thrones” prequel opens with a funeral and ends with the wedding of Princess Rhaenyra Targaryen and her uncle Daemon. The pair have danced around since before marrying a Velaryon, so it’s almost poetic that their relationship is consummated at Driftmark (House Velaryon’s headquarters).

Audiences will have to wait to see how King Viserys will react to learning that his daughter and brother are married. But considering that Episode 7 reveals that two of Viserys’s other children, Aegon and Helaena, are engaged to each other, any objection would not be because the newlyweds are niece and uncle.

Fans of “Game of Thrones” know that the Targaryens have a long tradition of marrying within the family. Aegon the Conqueror, the first king to sit on the Iron Throne and rule the Seven Kingdoms, was married to his two sisters who aided in his conquest: Queens Visenya and Rhaenys. This custom of brothers marrying sisters continued for generations, until Daenerys’s father, Mad King Aerys II, the son of married brothers who was also married to his sister.

Why do the Targaryens keep marrying each other?

In short, keep the blood of the dragon as pure as possible. Books like “The World of Ice & Fire: The Untold History of Westeros and the Game of Thrones” and “Fire & Blood” detail how the Targaryen tradition of incestuous marriages dates back to their time in Old Valyria. For Valyrian families, especially those that raised and rode dragons, maintaining this purity was of the utmost importance. The ideal unions were between brother and sister, but when a sibling was not available, uncles, aunts, and cousins ​​were considered the next best candidates.

Is incest accepted in Westeros?

It is not! In fact, the first marriage between the Targaryen brothers after King Aegon I conquered Westeros led to the first uprising against the monarchy.

The dominant religion in Westeros is the Faith of the Seven, although some places like the North still worship the Old Gods. According to the Faith of the Seven, incest between siblings and between parents and children is an abomination. (It seems that cousins ​​are considered far enough apart that their unions are not sinful.)

When Aegon the Conqueror took over Westeros, he was already married to his sisters, so the Faith did not comment on these unions. Also, the Targaryens had single showed the Seven Kingdoms the power of his dragons during the conquest.

But the Faith and the faithful were not so quiet for King Aegon’s descendants. During the reign of Aegon’s son King Aenys, the king’s half-brother Prince Maegor caused a rift between the Targaryens and Faith by taking a second wife. King Aenys caused further anger by marrying his eldest daughter to his eldest son.

The leader of the Faith, the High Septon, denounced King Aenys as an abomination for this marriage. This led to a rebellion against House Targaryen by the Faith of Seven’s military arm, the Faith Militant, which was joined by some rebellious Houses.

How did Targaryen become the exception?

When King Jaehaerys I took his place on the Iron Throne, he did what his father (King Aenys I) and uncle (King Maegor I) couldn’t: he made things right with the Faith of the Seven.

(This Jaehaerys is the king whose reign immediately preceded the current king in “House of the Dragon,” Viserys, making him Princess Rhaenyra’s great-grandfather. King Aenys’s third son, Jaehaerys was married to his younger sister, Alysanne.)

Jaehaerys promised that the Iron Throne would always protect and uphold the Faith. In return, he convinced them that the Targaryens were different from other people in Westeros because they were dragonriders of ancient Valyria. That is, the Faith’s rules for bidding incest are still valid, but they don’t officially apply to the Targaryens.

Thanks to King Jaehaerys, the Targaryens had Faith’s blessing to continue their incestuous marriages for generations to ensure that the dragon’s blood remains pure. “Game of Thrones” fans know how that turned out.

As the heat rises, you may be looking for easy ways to care for your lawn as fall approaches. A smart irrigation controller...
Read more