Russia may have shot down its own satellite, creating a huge cloud of debris [Updated] 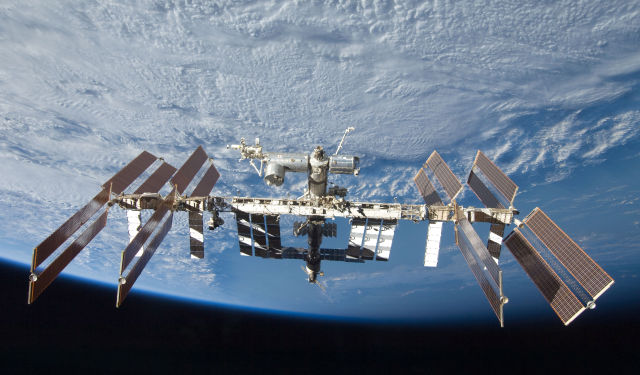 The seven astronauts and cosmonauts aboard the International Space Station took refuge inside their respective spacecraft, Crew Dragon and Soyuz, on Monday morning as the orbiting laboratory passed through an unexpected debris field.

This was not a previously planned collision avoidance maneuver in low Earth orbit, in which the station would use onboard propulsion to zoom out. Rather, the situation required the astronauts to take shelter quickly.

“We look forward to a calmer day tomorrow,” NASA astronaut Mark Vande Hei said from aboard the space station, in response to the final call from Mission Control on Monday.

It seems likely that the debris field that had alarmed flight controllers on Monday was caused by an anti-satellite test conducted by Russia’s military early Monday.

The US Department of Defense issued the following statement on the test on Monday: “US Space Command is aware of a debris-generating event in outer space. We are actively working to characterize the field of debris and we will continue to ensure that all space-traveling nations have the necessary information to maneuver satellites in the event of an impact. “

Aside from this statement, as of Monday afternoon in the United States, there have been no official confirmations of details about the test. However, satellite and orbital dynamics experts have reconstructed the most likely scenario of what happened based on publicly available data and observations. Brian Weeden of the Secure World Foundation summarized these conclusions here.

It appears that Russia launched a Nudol surface-to-space missile on Monday, between 02:00 and 05:00 UTC, from the Plesetsk Cosmodrome in the northern part of the country. The missile then hit an older satellite, Cosmos 1408. Launched in 1982, the satellite had been slowly losing altitude and was just over 450 km above Earth.

This is a large satellite, with a mass of about 2000 kg. As of Monday afternoon, the US Space Command said it was already tracking more than 1,000 pieces of new debris. Although the satellite’s altitude is higher than that of the International Space Station, which is about 400 km above the surface, a kinetic impact would scatter a large cloud of debris. Satellite Expert Jonathan McDowell believe The Cosmos 1408 satellite is the likely candidate for the space station’s ongoing debris event.

What seems clear is that this story is just beginning. NASA hasn’t had any kind of formal response, but senior officials are undoubtedly furious about another low-Earth orbit cloud of debris that will threaten the valuable International Space Station and other assets. Russia’s involvement (they are a major partner of the space station, after all) must be doubly puzzling.

It is also difficult to understand why Russia would knowingly destroy a satellite that could threaten the station, where two of its cosmonauts currently live and a significant amount of money has been invested. Until now, Russia’s space corporation, Roscosmos, has issued only a soft statement That reads like something the former Iraqi information minister might have said: “The orbit of the object, which forced the crew today to move to a spacecraft according to standard procedures, has moved away from the orbit of the ISS. The station is in the green zone. “

“The Russian Federation recklessly carried out a destructive satellite test of a direct-lift anti-satellite missile against one of its own satellites,” Price said. “This test will significantly increase the risk for astronauts and cosmonauts on the International Space Station, as well as for other manned space flight activities. Russia’s dangerous and irresponsible behavior jeopardizes the long-term sustainability of outer space.”