Home HEALTH Polio is back: how worried should Americans be?
HEALTH

Polio is back: how worried should Americans be? 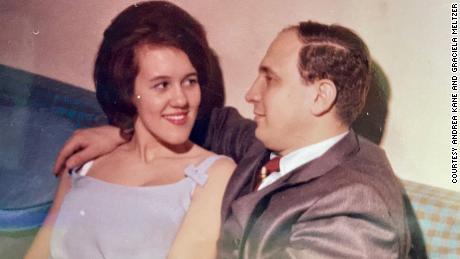 Understandably, these events have raised many questions: Why does a case of polio worry officials? What does it mean to find poliovirus in sewage? Who should worry about getting the disease? If someone got vaccinated years ago, are they still protected now?

To understand more about this disease, which most people alive today have never experienced, I spoke with CNN medical analyst Dr. Leana Wen, an emergency physician and professor of health policy and management at the George Washington University Milken Institute School of Public Health. She is also the author of “Lifelines: A Physician’s Journey in the Fight for Public Health”.

CNN: So far, there has only been one documented case of paralysis due to poliovirus in New York. Why would a case concern health officials?

dr Leana Wen: to august CDC report he said that “even a single case of paralytic polio represents a public health emergency in the United States.” This is due to two main reasons.
First of all, polio is a disease that can have very serious consequences. During its heyday in the 1940s and 1950s, polio paralyzed tens of thousands of children each year. Thousands died from the virus.
This changed with the introduction of vaccines that are highly effective. more than 99% effective in protection against paralytic poliomyelitis. Thanks to mass vaccination campaigns, the last incidence of wild-type polio occurred in 1979, and it was considered eliminated in the United States. The reappearance of such a disease, which can have such serious effects, is a great threat.
Second, the single case of paralytic polio may be the tip of a large iceberg. have to polio cases they are asymptomatic and do not cause paralysis. Symptoms, which can include fatigue, fever, and diarrhea, tend to be mild and can resemble other viruses. Public health officials are concerned that there are many other people who may be infected with polio and could be passing it on without knowing it.
This is particularly concerning because Rockland County, where the recent case of paralysis from the virus was diagnosed, has a polio vaccination rate of only 60%. In some parts of the county, the vaccination rate is as low as 37%. These numbers are well below the threshold needed for herd immunity, and that means there are many people in the area who are vulnerable to polio infection and possible serious outcomes.

CNN: What does it mean that poliovirus has been detected in sewage from five counties, including New York City?

Who: Finding poliovirus in wastewater means one of two things: that there are people actively infected with polio who are shedding the virus, or that the virus signal could be from people who recently received the oral polio vaccine (OPV). OPV is no longer given in the United States (since 2000, the version used in the US is inactivated polio vaccine (IPV), which is injected), but other countries they still use OPV, and it is possible that travelers from those places are shedding the virus from the vaccine.

In rare circumstances, weakened virus from people who have just received OPV could cause paralytic polio in unvaccinated people, which is one of the main reasons OPV is no longer used in the US.

An additional point of concern is that a sewage sample from Nassau County on Long Island has been genetically linked to the case of paralytic polio identified in Rockland County. (The two counties are not adjacent, but roughly 40 miles apart.) This is further evidence of largely unrecognized community spread.

CNN: How can people get polio?

Who: Poliomyelitis is an infectious disease that can be transmitted in various ways. One main route is fecal-oral, which means someone could get polio if they come into contact with the stool of an infected person. This could occur, especially in children, by putting objects such as toys that have been contaminated with feces into their mouths.
Poliovirus could also be transmitted through the respiratory route, for example if someone infected coughs or sneezes and those droplets land around their mouth. It is worth noting that people who are vaccinated can also get polio and spread it to others, although they themselves are very well protected against serious illness.

CNN: Should New Yorkers worry about getting polio?

Who: Again, people who are vaccinated against polio are extremely well protected against paralytic polio and need not worry at this time. However, it should be noted that while IPV is very good at preventing the most serious potential effects of the disease, people who received the vaccine could still carry polio and spread it to others. Those at risk of serious outcomes are people who are unvaccinated and those who are not fully vaccinated, including young children under the age of 6 who have not yet completed their polio vaccination series.

CNN: How many polio shots should someone get?

Who: the Centers for Disease Control and Prevention recommends that children receive four doses of IPV. The first occurs at 2 months of age, the second at 4 months, the third between 6 and 18 months, and the fourth between 4 and 6 years.

Adults who have never been vaccinated against polio should receive three doses of IPV. The first should be given as soon as possible, the second at two months, and the third six to 12 months after the second.

CNN: If someone got the vaccine years ago, are they still protected? Who should get a polio booster now?

Who: Protection against serious diseases stays strong for many years after immunization; it is believed that it will probably last a lifetime. It is not necessary for most vaccinated persons to receive more doses.
However, if someone has not completed their original series of vaccines, they should receive the remaining doses. Some fully vaccinated people may also receive an additional lifetime booster of IPV in specific circumstances — for example, if they have direct contact with someone suspected of having polio or if they are health care workers at higher risk of exposure to people with the disease.

CNN: What if you’re not sure if you’ve been vaccinated? Let’s say you don’t remember getting the vaccine, and it’s been many years. Are there any blood tests I can take to check either way?

Who: You can check with your primary care doctor’s office or state health department to see if they have records of your shots. If not, and there is no other way to verify, for example by asking parents or other relatives or caregivers, you should talk to your health care provider about getting the full series of polio vaccines now. There is no blood test that can reliably detect whether you are fully vaccinated against polio.

CNN: What if you or your family members have not yet been vaccinated against poliovirus?

Who: People who have not yet received any doses or who are not fully vaccinated should make sure they get their full series of polio vaccines right away. This is particularly important if you live in or around Rockland County in New York, but really everyone should get up to date on their routine vaccinations.

It was a tragedy decades ago that so many children were permanently paralyzed and even died of polio. This should not happen again, since we have such effective vaccines that can prevent serious consequences of the disease.

Dear Readers: I have heard from dozens of readers extremely concerned about my response to "Avoiding Amanita," the question written by a man who...
Read more

Giorgia Meloni during a press conference at the Fratelli d'Italia electoral headquarters on September 25, 2022 in Rome. (Antonio Masiello/Getty) subscribe to the nation Subscribe...
Read more