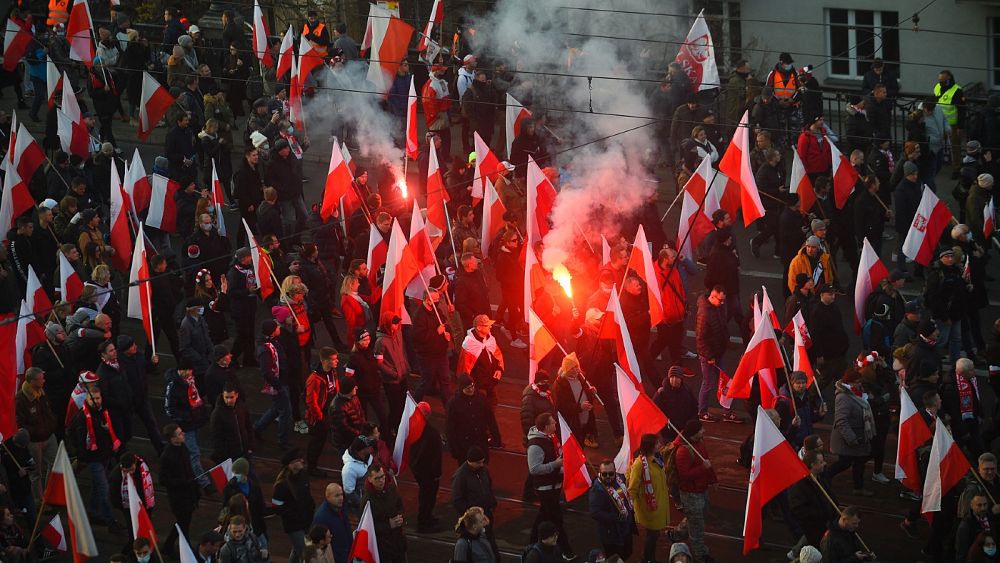 Three people have been arrested during an anti-Semitic demonstration in Poland last week, the country’s interior minister said on Monday.

The demonstration took place last Thursday, on Polish Independence Day, in the city of Kalisz, in central Poland. The participants shouted anti-Semitic chants and also burned a copy of a medieval document offering protection and rights to Jews in Polish lands.

Poland’s Jewish community said in a statement Monday that Polish Jews “have not experienced such contempt and hatred expressed in public for years.”

“Poland is our homeland. We are both Jewish and Polish. However, we wonder why our right to consider Poland as our home is being questioned more and more often and more openly, “said the Union of Jewish Religious Communities.

Interior Minister Mariusz Kaminski announced the arrests on Twitter, saying that “there is no consent to anti-Semitism and hatred on the grounds of nationality, religion or ethnic origin.

“In the face of the organizers of the shameful event in Kalisz, the Polish state must show its cruelty and determination,” said Kaminski.

Polish authorities have faced questions about why the arrests took so long, given that the incident was widely reported in Poland.

The public expression of hatred came on a public holiday celebrating Poland’s statehood, a day that in recent years has been overshadowed by far-right groups.

The Jewish community statement noted that Polish state and local governments have been “relinquishing their role as primary organizers of Independence Day celebrations, thus allowing the initiative to be taken up by far-right organizations that use public assemblies to preach anti-Semitic, xenophobic, and homophobic words. “

“Unfortunately, some of these organizations benefit from public funding,” he said.

Polish President Andrzej Duda strongly condemned the anti-Semitic incident on Sunday, while people in the city of Kalisz held a demonstration on Sunday under the slogan “Kalisz: free from fascism.”

Israel’s Foreign Minister Yair Lapid welcomed the “unequivocal condemnation” of the Polish authorities and said that the Jewish people “expect the Polish government to act without concessions against those who participated in this shocking display of hatred.”

Poland was for centuries one of the most welcoming European lands for Jews, and the kings offered them protection after they fled persecution in German lands.

Poland’s Jewish community grew to be the largest in Europe in the 20th century, with some 3.3 million Jews on the eve of World War II. Most were killed by Nazi Germany during the Holocaust. Today, the community is very small, they number in the thousands.