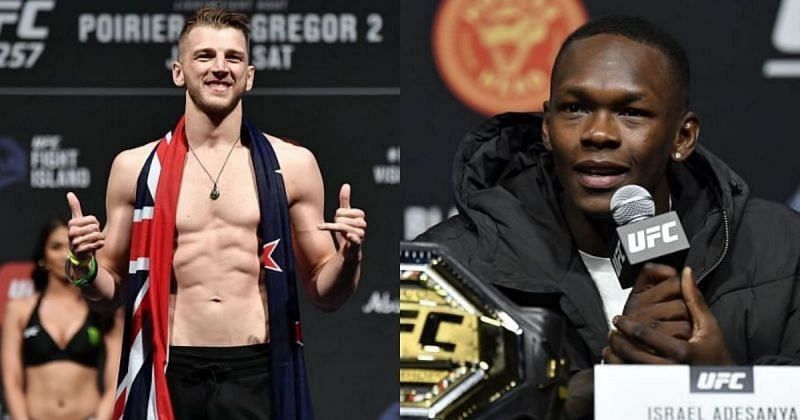 Israel Adesanya is furious after learning that Dan Hooker’s UFC 266 fight is in jeopardy.

Hooker revealed on social media that her US visa has yet to be processed due to strict closures in New Zealand. ‘The Hangman’ publicly requested that his visa application be expedited, as a delay would lead to the cancellation of their fight.

“@USAmbNZ Hi Kevin, sorry for messaging here, but it’s a last resort. My visa is with the US embassy here in New Zealand as I fight next week in Las Vegas at # UFC266. Today’s update is that It won’t be approved until next week due to the blockage, which will cancel my flight. Please help. “

Today’s update is that it won’t be approved until next week due to the lockdown, which will cancel my fight. Please help. 🙏

Today’s update is that it won’t be approved until next week due to the lockdown, which will cancel my fight. Please help. 🙏

Adesanya was outraged that his sparring partner and compatriot had to do everything they could to keep their match alive. In a profanity-filled spiel on her Instagram story, Adesanya criticized authorities for mishandling Hooker’s visa application.

“The thing is, Dan ‘Hangman’ (Hooker) actually puts his country on his back,” Adesanya said. “He hangs the flag of his country on his shoulders as he goes out to work. He is a patriot in this damn country and is that how you treat him? Let’s do it right for the man.”

Hooker is scheduled to fight Nasrat Haqparast at UFC 266. However, it is unknown if he will get clearance in time to arrive in Las Vegas for the Sept. 25 event.

The last time Hooker fought was in January at a UFC event in Abu Dhabi. His last fight in the United States took place last June.

Israel Adesanya believes that lack of respect for MMA as a sport is the reason why Dan Hooker’s request was not prioritized. A few hours after her initial spiel, Adesanya posted two more stories addressing authorities on her Instagram story.

“For all that you can’t make this really difficult for my boy and for us as a team, if it was me, I know you don’t like me anyway … but this is Dan and you’re treating him like that.” Adesanya said. “It really pisses me off. I know you can still think that MMA isn’t really a sport and you think it’s no bigger than anything else New Zealand is producing right now. It’s bigger than that. Get used to, accept it! Done! “

Gary Miller - 26/10/2021 0
When it comes to power rankings the only men who tend to get talked about are NFL quarterbacks. Of course, this is with good...
- Advertisement -

‘We are so divided now’: how China controls thought and speech beyond its borders | Tibet