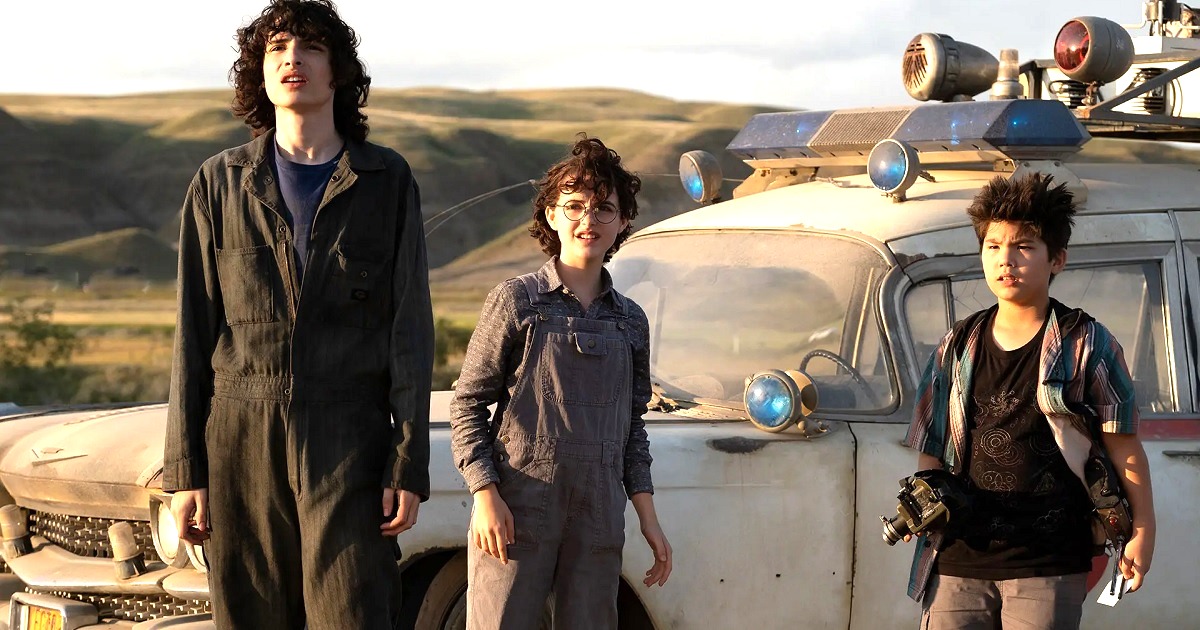 Ghostbusters: Another Life, director Jason Reitman’s sequel to his father Ivan Reitman’s films Ghostbusters (Look HERE) and Ghostbusters II (look at that HERE), it’s getting very close now; in fact, we’re only four days away from the movie November 19ththeatrical release. In anticipation of its release, a couple of new clips from the movie came online, and in them we can see the main characters played by Mckenna Grace and Finn Wolfhard interacting with friends played by Logan Kim and Celeste O’Connor. And in the case of Grace’s clip, we also get to see some classic ghostbusters gear being tested. These two clips can be seen in the embed above.

Written by Reitman and Gil Kenan, Ghostbusters: Another Life starring Carrie Coon, Wolfhard and Grace as

a family with single mother Callie and her two children, Trevor and Phoebe, who move to a dilapidated farm in Oklahoma only to discover that there is something strange going on in the neighborhood. Unexplained earthquakes shake the city. Nearby is an old mine named after Ivo Shandor, who built the Manhattan skyscraper in the 1984 film that channeled the forces of evil.

Paul Rudd plays “a local teacher who has been documenting unexplained phenomena, befriending Callie and her children, and helping to make the connection between the current weirdness and the events of three decades earlier.” Also in the cast are Bokeem Woodbine, Tracy Letts and Oliver Cooper, with Bill Murray, Dan Aykroyd, Ernie Hudson, Sigourney Weaver and Annie Potts reprising their roles as the first two. Ghostbusters films. Josh Gad recorded the sounds made by a ghost named Muncher.

Our own Chris Bumbray already had the opportunity to see Ghostbusters: Another Life and gave the film an 8/10 review that you can read on THIS LINK.