Home GAMING Neural Cloud is now open for pre-registration, and here's everything you can...
GAMING

Neural Cloud is now open for pre-registration, and here’s everything you can expect 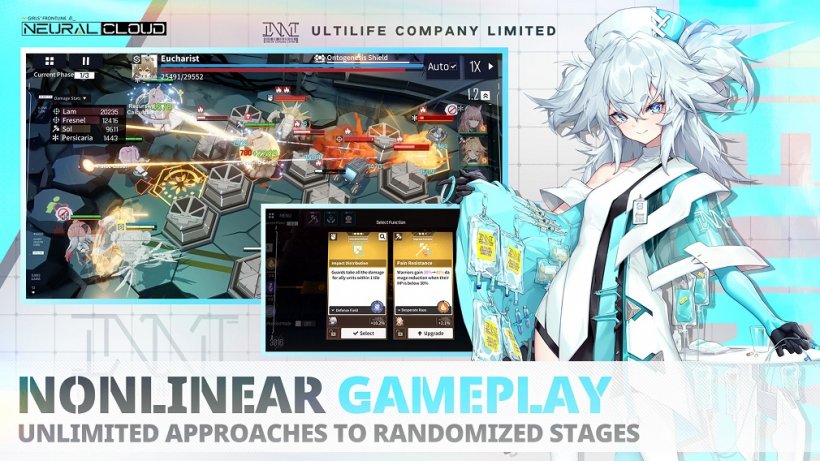 Sunborn has officially announced global pre-registration for Neural Cloud, the studio’s upcoming strategy RPG. The cyber-themed mobile game features a vast sci-fi environment in which players must venture into a dangerous cyber world to rescue the lost consciousness of autonomous dolls in the year 2063.

In Neural Cloud, players can immerse themselves in the latest installment of the “Girls’ Frontline” franchise as a Project Neural Cloud Teacher. They will need to gather “C-Dolls” and add them to their character lineup as they build a team of “Exiles.” Tasks include exploring neural sectors and creating a new “Oasis” home.

The game features a unique combat system that integrates a roguelike element into every battle. Players will need to unleash their inner tacticians as they immerse themselves in procedurally generated maps with each new level. During combat, players will also play random feature cards that have varied abilities to increase the power of their team.

Of course, to take a break from all the combat, players can also kick back and relax in the C-Dolls’ bedrooms. Themed furniture can be collected to spruce up the place according to players’ tastes; In addition, they can also interact with the dolls in the bedrooms to bond with them.

All of these are presented with gorgeous 2D images. Each character features meticulous character design and features a unique personality and backstory that players can discover as they progress through the game. Characters also shine during combat with impressive animation sequences for their Ultimate Skill.

High-quality visuals extend to the game’s lush world-building, as each new scene showcases a different atmosphere drawn in vivid detail. Whether players are exploring the “Cyclopes” Military Industries Sector or the “Pierides” Art Sector, they can enjoy an immersive experience as they delve deeper into the narrative.

CN’s open beta test started on September 23 last year with favorable results; Now players from all over the world can also get the first access to the game very soon as pre-registration is now available on Google Play and App Store. Eager fans who sign up can look forward to cool in-game giveaways and milestone rewards, including rare items and epic three-star characters.

Most notably, players can get the three-star character Willow when global pre-registration registrations reach two million. Ten recall mental quests are also available when the milestone is reached.

If you can’t wait to get your hands on the game, you can pre-register for Neural Cloud now at app store other google play. You can also join the community of fans on the official Twitter page to stay up to date on the latest developments, or check out the gameplay and screenshots on the official page. Youtube channel.

‘The Phantom of the Opera,’ Longest-Running Broadway Show in History, Closing After 35 Years

"The Phantom of the Opera", the longest-running show in Broadway history, closes after 35 years, confirmed TODAY. The legendary show will celebrate its 35th...
Read more

What to know about Alexander the Great and his mysterious death

The former king of Macedonia built a vast empire that stretched from Macedonia to Egypt and even part of India.
Read more

Polly Toynbee says the press has been banned from examining frontline NHS services (tin-eared Liz Truss is obsessed with tax cuts, so why shouldn't...
Read more