Home SCIENCE A hormone could stimulate cognition in Down syndrome
SCIENCE

A hormone could stimulate cognition in Down syndrome 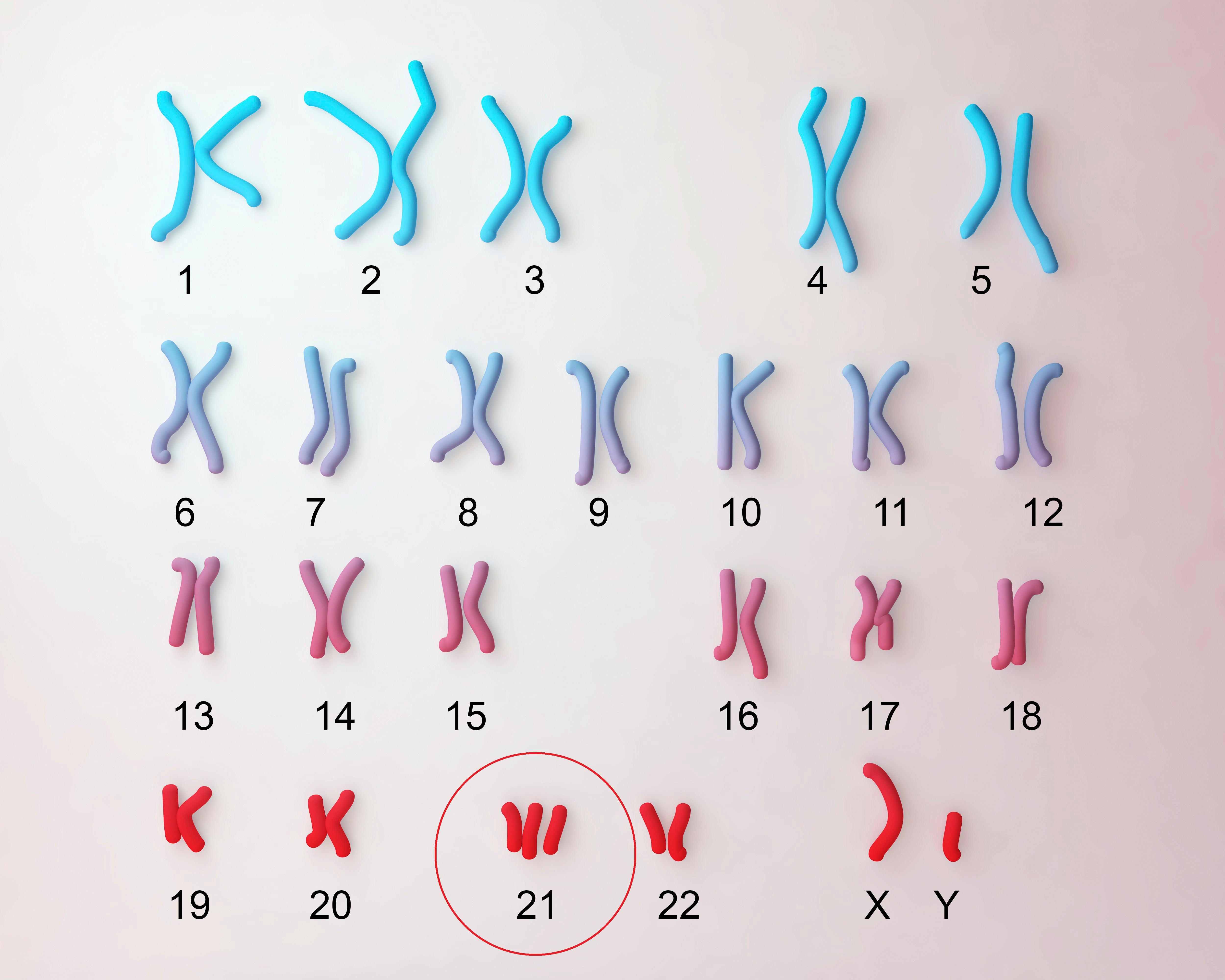 One in 800 children is born with Down syndrome, the most common genetic cause of intellectual disability. The vast majority of cases are caused by having three copies of chromosome 21 instead of two. People with Down syndrome also have reduced fertility, and their sense of smell is often impaired or lost. So far no treatments have been found for neurological symptoms.

In a study published September 1 in Sciencesneuroscientist Vincent Prevot by Inserm (French National Institute of Health and Medical Research), Lille, France and a team of European researchers show that a hormone known to regulation of reproductive function—gonadotropin-releasing hormone, or GnRH— may represent a promising treatment for cognitive problems in Down syndrome. They found that in mice genetically engineered to model Down syndrome, a decrease in GnRH levels is very similar to cognitive deficits, and then showed that restoration of GnRH reversed the disabilities. They also conducted a trial in seven men with Down syndrome, six of whom showed improvements in cognition. The results pave the way for clinical trials and may even have broader application in other conditions involving cognitive decline, including Alzheimer’s disease.

For people with Down syndrome, puberty brings a worsening of cognitive symptoms, and many experience impaired smell. In an earlier study, Prevot and his colleagues found that just before puberty, a molecular “switch” is thrown which raises GnRH levels. The switch involves molecules called microRNAs found in GnRH neurons, where they control the release of GnRH, which in turn regulates puberty. These observations led Prevot and colleagues to wonder if GnRH might play a dual role in Down syndrome, affecting both fertility and sexual maturation, as well as cognitive decline.

GnRH neurons are found primarily in the hypothalamus, a deep region of the brain that controls bodily functions such as blood pressure and hunger. From there, they connect to the pituitary, where they release GnRH in pulses, regulating sexual development and fertility. All of this is well understood, but some GnRH neurons also connect to the cortex and hippocampus, regions of the brain associated with learning and memory. “There has been speculation that GnRH must be doing something in the brain,” says neurobiologist Hanne Hoffmann of Michigan State University, who was not involved in the study but wrote an accompanying comment on Sciences. However, researchers had not understood what that was, until now.

The team studied mice that had three copies of their equivalent of chromosome 21 and showed symptoms of Down syndrome. After seeing declines in olfactory and cognitive function and GnRH levels at puberty, the researchers set out to see if any of the changes were reversible. They also found that the functioning of the network of microRNAs and genes that control the GnRH switch was unbalanced, so they first tried to increase the levels of one of the microRNAs. This abolished the olfactory and cognitive deficits. “This work reveals new players, such as microRNAs, that may play a role in the neuropathology of Down syndrome,” says neurobiologist Mara Dierssen from the Center for Genomic Regulation in Spain, who was not involved in the study.

To make sure the benefit was due to GnRH, the team used several other techniques to stimulate the hormones, including injections of cells, grafts of brain tissue from healthy mice, and a technique called chemogenetics, in which a switch is genetically inserted into neurons and then activates. with a drug. The result was always the same: performance returned to the level of healthy mice. Similar results were seen in mice that modeled Alzheimer’s disease. “These results were so compelling that our clinical colleague said, ‘We need to try this in patients with Down syndrome,'” says Prevot.

The team then conducted a pilot study in seven adult men with Down syndrome. The treatment involved administering regular pulses of GnRH for six months using a mini-pump inserted under the skin. The participants underwent cognitive tests and brain imaging to assess the state of brain connections before and after treatment. “Six out of seven patients improved their cognitive tests by 20 to 30 percent,” says Prevot. “Even more surprising, we saw that functional connectivity was greatly increased in all seven cortical areas involved in speech and 3-D orientation.” Specifically, there were improvements in verbal comprehension, temporary “working” memory, and attention, but not in the sense of smell.

The treatment was also safe, which is not surprising because it used pulses of hormones designed to mimic natural release patterns. “What makes this exciting is that it takes advantage of what already exists,” says Hoffmann. However, the ability of the technique to improve cognition in people with Down syndrome has not yet been scientifically proven. “The link to human cognitive decline remains hypothetical,” says geneticist Stylianos Antonarakis of the University of Geneva, who was not involved in the work. “The human experiment is very preliminary and lacks controls.” The study is a starting point for future research. “Although [it is] We must be careful not to raise expectations too high,” says Dierssen. “Although the authors see deficiencies in female mice, they did not test women in their clinical study.” GnRH release patterns are more complex in women. “Pulse rate changes as part of the menstrual cycle; that’s why women are tougher,” says Hoffmann. But “I hope this works for women as well.”

A clinical trial involving 70 male and female patients at various institutions will be launched in the fall. The team also plans to test the approach in other conditions. “If GnRH therapy improves cognition in this large cohort of Down syndrome patients, it opens up a lot of possibilities,” says Prevot. Experiments with mice suggest that it may slow cognitive decline in Alzheimer’s disease. In fact, there is already a clinical trial to treat Alzheimer’s with a molecule similar to GnRH. The technique may even help with age-related cognitive decline in general. “You’re not going to slow down aging, but you could slow down cognitive decline, which would be amazing,” says Hoffmann.

What time does House of the Dragon episode 5 premiere? Stream the Game of Thrones prequel from anywhere

Wedding bells ring in the Red Keep as Princess Rhaenyra agrees to her father's suit of marriage. But despite her right to the...
Read more

How did Carlos III fare?

An important message for ex-smokers: a history of vice can be overcome through virtue. ...
Read more