7 Spooky Midwestern Places to Get You in the Halloween Mood 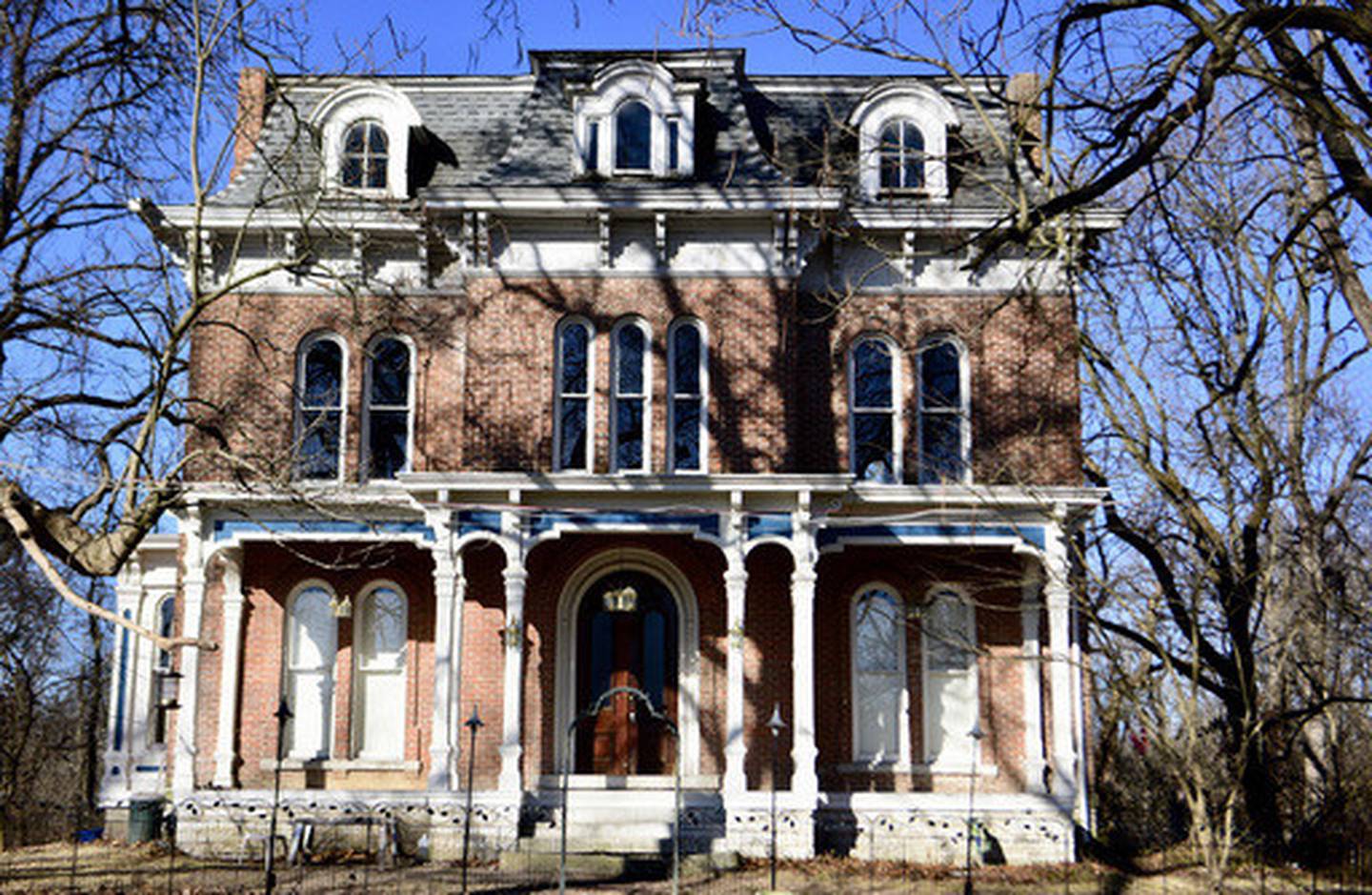 It’s only a matter of time before the days get darker, the nights get longer and there’s a certain chill in the air, all telltale signs of Spooky Season. As a self-proclaimed scaredy-cat, it’s the one month of the year I’m leaning toward things that crash in the night and get my heart rate up.

One of the best ways to participate in Spooky Season is to visit historical places where the macabre happened long ago, and all that remains are legends and stories of the paranormal. These short drive fall trips are perfect for fear-seeking Midwesterners looking for places that incite a healthy dose of scares and adrenaline. From plucky thrill seekers to scaredy cats like me, these places have something for everyone looking to partake in festivities that don’t include jump scares.

Known as the most haunted small town in America, the crown jewel of Alton is the McPike Mansion, built in 1869. Many believe it is still home to the spirits of the McPike family, the servants and residents who used to live there. While the mansion itself is undergoing renovations, which your ticket price and donations will go toward, you can take a weekend tour in October to visit the grounds and winery, the place some say is the focal point of many of the energies. sense in the mansion. You can even walk away with a photo of your own with mysterious orbs of light floating in the frame.

This old white clapboard house is where six members of the Moore family and two guests were murdered by an ax murderer on the night of June 9, 1912, a crime that remains to be solved. You can visit the site and learn more about its history, including the resulting search for the killer and stories of paranormal encounters a century later. If you’re feeling really brave, you can even book an overnight stay.

If the National Park Service has a page dedicated to the ghost towns on this tiny island, then you know you’ll want to tread carefully. You’ll find deserted shorelines, shipwrecks, empty camps, and spooky legends abound on and around South Manitou Island. Be sure not to miss the South Manitou Lighthouse, where people have reported hearing mysterious voices and footsteps they believe belong to former lighthouse keeper Aaron Sheridan, his wife, and his baby, who died in a boating accident nearby in 1878 .

This mansion is ground zero in a long family history littered with suicides, crypts, and a series of unfortunate events. There are books about its fascinating history. The Lemp family said to frequent the mansion is the same family behind the William J. Lemp Brewing Co., a popular brewery in the pre-Prohibition St. Louis area. You can even spend the night in the mansion or dine in their restaurant for a fully immersive experience. If you’re unlucky, you may see apparitions, lighting glitches, hear voices out of nowhere, and even a piano playing itself. And with a “Gates of Hell” basement leading to caves under the mansion, I’d use the buddy system just in case.

You are probably familiar with General George Armstrong Custer, who was killed at the Battle of the Little Bighorn in an overwhelming victory by the Lakota, Northern Cheyenne, and Arapaho tribes who fought against US government efforts to confine them to reservations after that gold was discovered and previous treaty agreements abandoned. Custer, his wife, and the ghosts of soldiers are said to haunt the grounds of Custer House, a replica of the original. Is the house a door, in more ways than one, to 1875? A creepy prospect.

If ghost inmates and blood-dripping faucets is your idea of ​​a fun time, you’ll want to schedule a tour at one of the largest prison-based haunted attractions in the country. It began admitting inmates in 1896, closed in 1990 and if it looks familiar to you it’s because it’s where “The Shawshank Redemption” was filmed. It’s also home to “Escape from Blood Prison,” a haunted house experience that’s definitely too scary for my personal tastes, but may appeal to the bravest of souls.

Baseball fans may already be familiar with this Milwaukee hotel, famous for its strange noises, flickering lights, and inexplicably moving objects in the room — things experienced by some Major League Baseball players. Even Megan Thee Stallion tweeted about accidentally staying in this haunted hotel and her ghostly encounters, complete with a “Cloverfield”-esque video of her running down the hallway where most of the paranormal activity is said to take place.

Grace Wong is a freelance writer.

Big screen or streaming at home, takeout or dinner, Tribune writers are here to guide you to your next great experience. Sign up for your weekly free meal. Clock. thursday bulletin here.

Dear Readers: I have heard from dozens of readers extremely concerned about my response to "Avoiding Amanita," the question written by a man who...
Read more

The Senate ratifies the Kigali Amendment, the Global Compact to Curb Hydrofluorocarbons

WASHINGTON — The Senate voted Wednesday to approve an international climate treaty for the first time in 30 years, agreeing in a rare bipartisan...
Read more

American singer Rihanna will perform the coveted Super Bowl halftime show in February 2023, after turning down an invitation to the 2019 Super Bowl...
Read more

After a new round of funding, Clarke Valve of Rhode Island is ready to scale its dilator disc valve technology, a green alternative to...
Read more